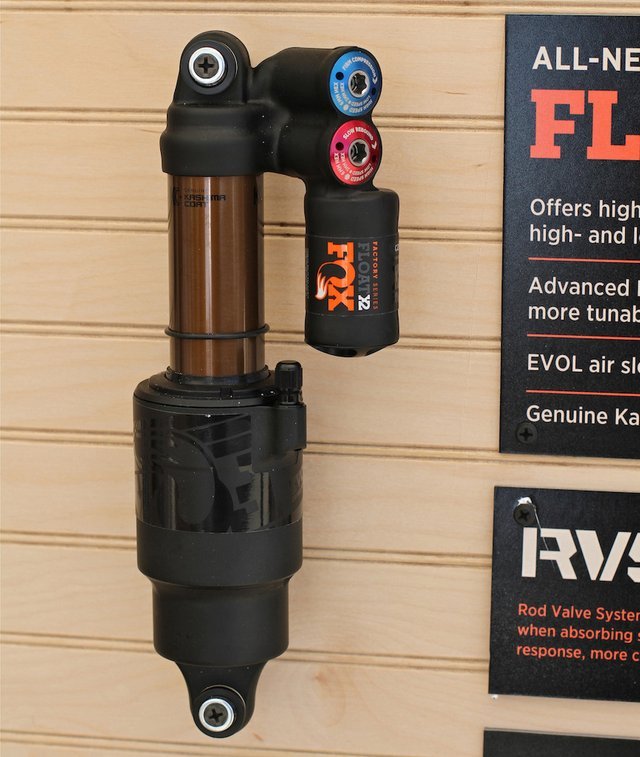 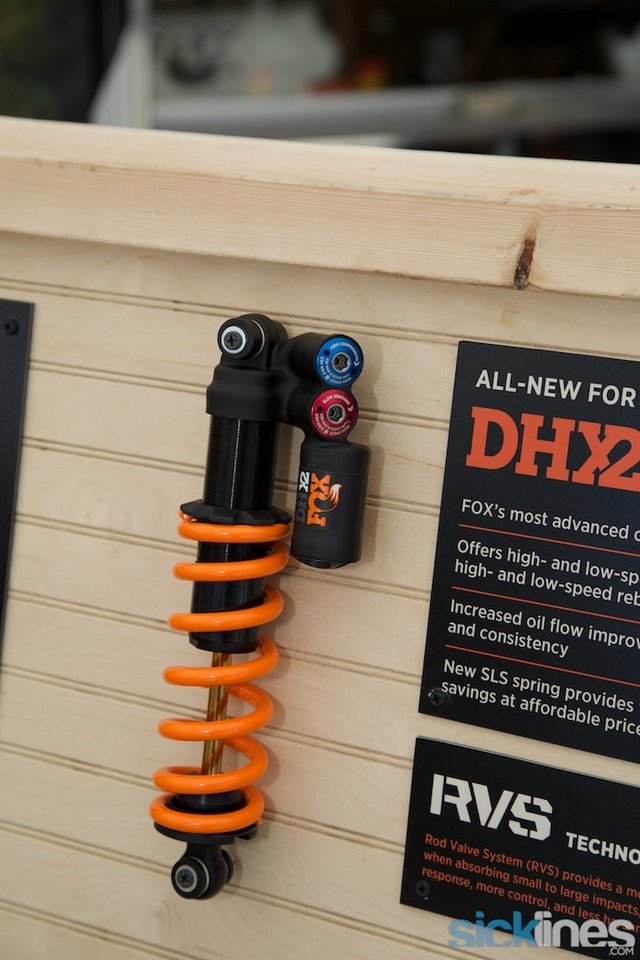 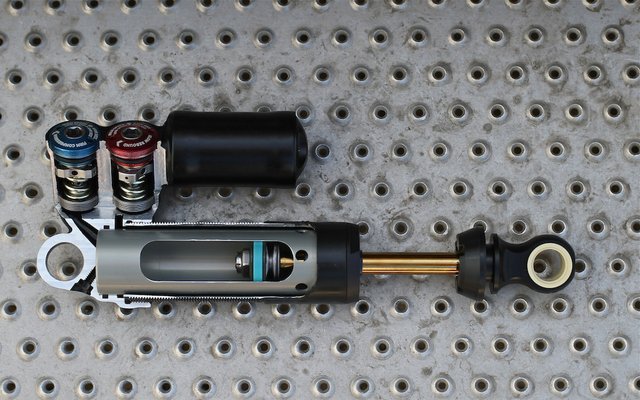 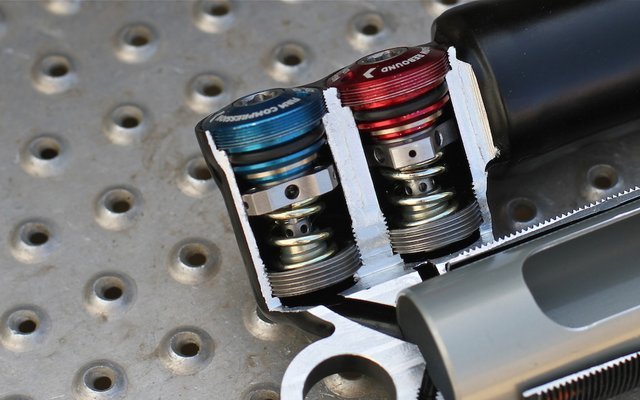 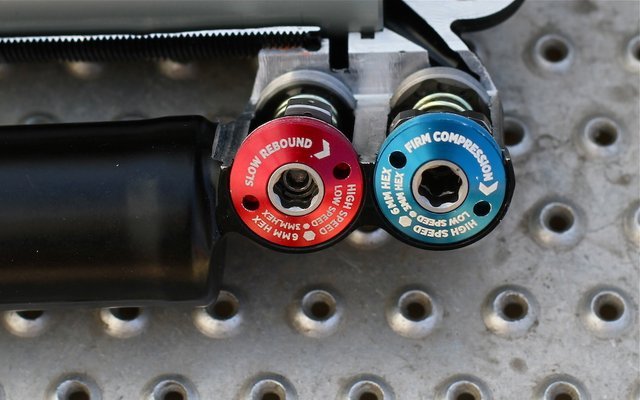 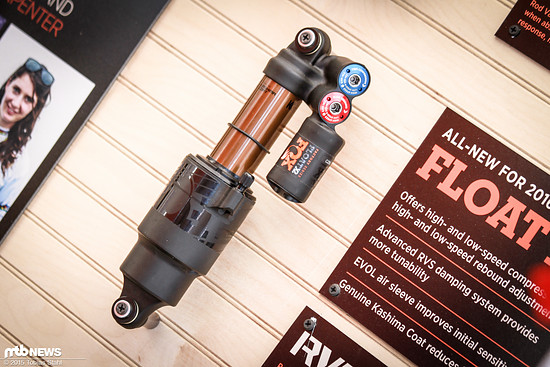 The primary compression damping circuit (blue knob) uses flow ports (A) to control the low speed damping. When oil can’t flow through them any faster, it starts pushing the spring back to open up the high speed circuit. There’s also a new RVS (Rod Valve System) (B) mini shim stack in front of it all that’ll open up on the first bit of a high speed hit to smooth the transition from low to high speed compression damping, helping keep traction through stutter bumps and combo hits.

The rebound circuit (red knob) operates the same way, but without the RVS. The valve that connects the two circuits is not shown in this cutaway. The recirculating oil flow into and out of the rebound circuit moves it along the outside of the main piston (G), hitting the surface metal to cool it before it re-enters the main piston through the large ports on the bottom (D).

That big hit compression circuit (E) is a double-sided, flip flop shim stack. It comes set with the normal strength stack facing the piston’s valve (F), and the heavier shim is behind it, facing the other way and siting idle. If your bike has a really high leverage ratio or you just don’t get the support you want, you can flip it over to make it firmer under big hits.

The bleed port (C) is where the oil goes into the shock in the first place. 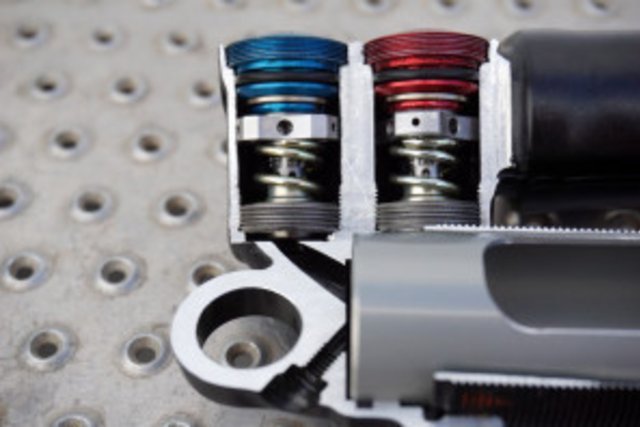 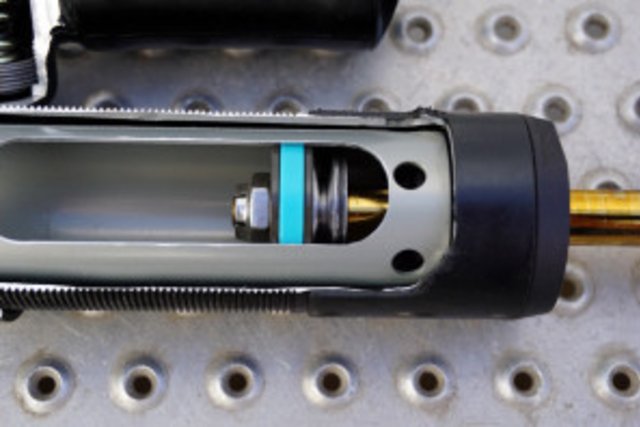 The piston valve (F) has large flow ports to allow oil to activate the bit hit compression circuit (E), but that’s only going to happen under extreme conditions. 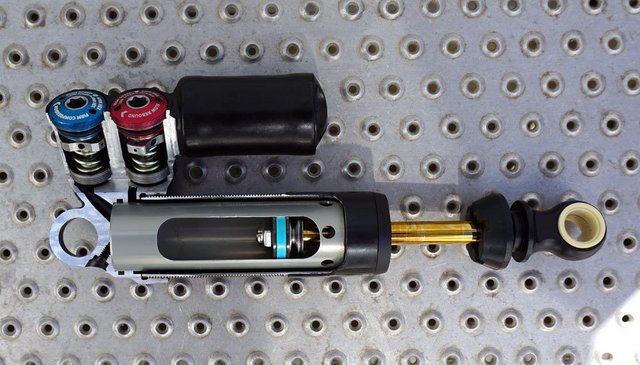 And the whole thing. This one’s for the coil-over DHX2, but internals are the same for the air-sprung Float X2. The larger blue and red knobs control the high speed damping, the silver bolt in their centers controls low speed. Each one has 24 clicks, and each one is modular if you ever needed to swap one out. The Float X2 also gets the EVOL air canister, further enhancing small bump compliance and mid-stroke support.